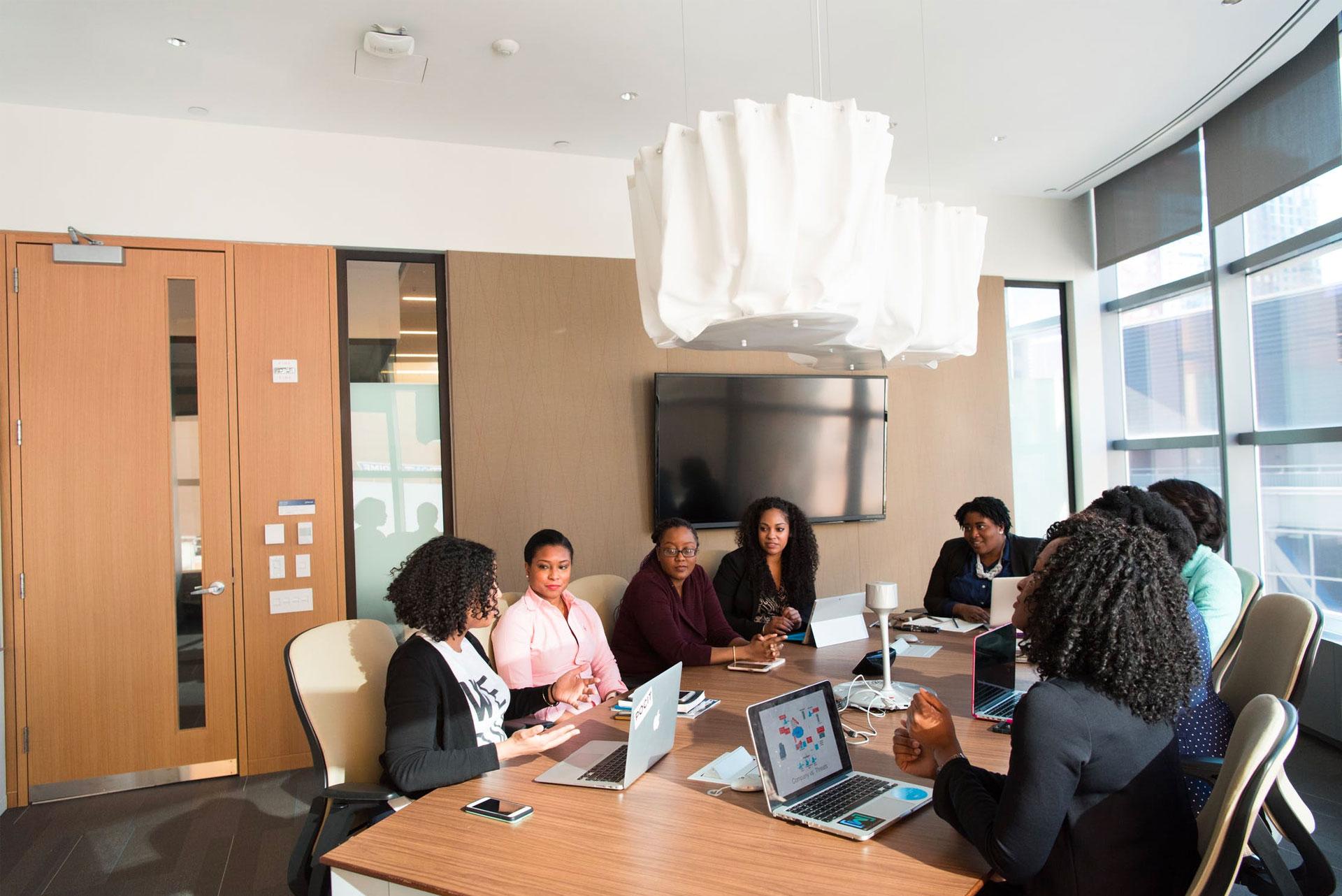 We’re not in the terrible conference call business, so we wanted to provide you with some helpful insight into how you can decide how many people should be on your next conference call. At first glance, this may seem like a no-brainer, but conference call invite lists have a way of quickly growing far too long.

According to data from a survey published by Ooma, most conference calls are already pretty small. Most of the conference calls reported in the survey consisted of five to 10 people. If you keep reading, then you’ll find out why that’s the perfect range of participants - and how to get your list of callers within that range.

How many people is too many on a call?

Ever heard of the saying “too many chefs in the kitchen”? The saying applies to conference calls, too. If there are too many people trying to make decisions involved in a call, then it’s only going to run the risk of lasting far too long, running over its allotted time and annoying the call participants because of that time that has now been wasted.

According to Inc.com, there is not much of a chance that more than 10 people are going to be needed on a conference call when you’re only trying to include decision makers. Of course, Inc. also recommends having a person on the call to take notes and record discussions and decisions as they happen.

But how do you identify who should be on call. Well, here’s where the whittling down of the conference call participants begins.

Let’s start by taking a look at the obvious culprit for why conference calls too often include way too many participants: the invite list. And here’s the deal about the invite list - the leaner the better.

Now, don’t confuse a “lean” list of names to invite with a “short” list. By lean, we mean smarter. Unfortunately, the default thought for many callers is to bring in everyone from every team or department that could be involved in making a particular decision. That’s a great way to waste someone’s time.

Rather than send out call invitations or requests for schedule availability to everyone you can think of, try instead to identify the actual decision makers. Who gets to call the shots? Those people definitely need to be on the call.

In addition to those people, you may want to bring in anyone who has the data or information on hand that will be needed in order for those people to make sound business decisions. However, if that data and information can be provided in some sort of report format, then that’s even better and can help you keep the invite list - and the conference call itself - even leaner.

You might be wondering why we’d argue it is best to have a lean conference calls. It’s pretty straightforward.

First, the best conference calls are those in which everyone can speak frankly and have their voices heard. Great calls are also productive and efficient uses of the participants’ time. That’s simply not as easy to accomplish when the number of people on the call gets too large.

With a lean invite list, it’s much easier to follow conference call etiquette and best practices by starting the conversation on time, following an agenda, encouraging participation by all involved and keeping the call as short as possible.

Although a small, lean conference call is probably your best bet for engaging participants and getting more accomplished over the phone, there are cases where you won’t want to limit the number of people who can join the call.

Press conferences are one example of an instance where you really don’t want to limit yourself to a small number of callers. The same can be said for general conference calls where a limited number of presenters want to share information with a large number of people in a way that feels more like a conversation.

If you find yourself in need of a conference call service for these large calls, then you will want to find a service that doesn’t put a limit on number of callers. However, take an even closer look at features lists to make sure there are features that will make handling those large numbers much more manageable.

With the right features, you can have a conference call that feels organized, efficient and productive no matter the number of callers.

Here are a few of the options you will want included in a conference call service, especially for larger calls:

Now the challenge is to find a better conference call provider. We’ve got you covered there. With ConferenceTown.com, you can sign up and experience a free conference call that is actually enjoyable.

Want to give it a try? Start an instant call without waiting.